V&A, London
Darren Waterston’s remake of the painter’s opulent Peacock Room is a vision of dripping stalactites, decay and ruin. But this ‘showette’ all feels rather ordinary – unlike Whistler’s work

The trouble with Filthy Lucre: Whistler’s Peacock Room Reimagined is that it isn’t filthy enough. US artist Darren Waterston has created a ruinous installation full of misted mirrors and eerie sounds. It should squat there like a disease. but it’s a well-behaved evocation of decay that fades from the mind.

When did American art become so ordinary? Not on Whistler’s watch. James Abbott McNeill Whistler was the first modern artist the US produced – a dandified 19th-century avant-garde cowboy who got thrown out of West Point military academy before mingling with Manet and Baudelaire in Paris and rivalling Wilde as leader of Britain’s aesthetic movement. Whistler’s most splendid claim to be King of the Aesthetes was the Peacock Room, an opulent dream-place in blue and gold that he created for London art collector Frederick Richard Leyland, today preserved by the Smithsonian in Washington DC. 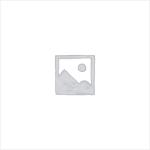