After spending more than a century in a private collection, one of Vincent van Gogh’s artworks has been shown to the public for the first time since the Dutch artist painted it in the spring of 1887. “Street scene in Montmartre (Impasse des Deux Frères and the Pepper Mill)” depicts a couple walking on a windy day in front of an entertainment hub in Paris. Full of color and vitality, the landscape marks van Gogh’s turn to his distinctive Impressionist style.

Prior to being put up for auction, only a small, black-and-white photograph taken in 1972 existed of the painting that’s reminiscent of some of the artist’s other works. The lively street is thought to be the same as that in “Impasse des Deux Frères,” which currently hangs at the Van Gogh Museum in Amsterdam, and similarly depicts a mill and flags promoting the cabaret and bar through the gates. According to The Art Newspaper, there’s speculation about how the family obtained “Street scene in Montmartre,” considering many of van Gogh’s artworks at the time were gifted to his brother, Theo.

Pending COVID-19 precautions, the work is slated for short exhibitions in Amsterdam, Hong Kong, and Paris throughout March. 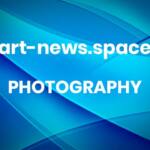